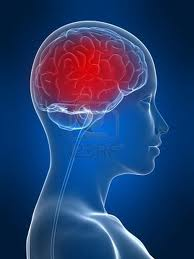 Although the exact causes of depression can differ for each person, it is now known that depression is most likely caused by a combination of genetic, biochemical, environmental and/or psychological factors. However, research indicates that for most people depressive illnesses are disorders of the brain and scientists have determined that many people that experience depression have imbalances in serotonin and/or norepinephrine, two neurotransmitters vital to optimal health.

Neurotransmitter Imbalance – The Underlying Cause

Depression can be triggered by many things, including:

Other Causes of Depression

The Company You Keep 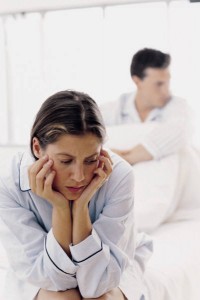 Some researchers believe that depression can be “caught,” like a cold or the flu. In his book Contagious Emotions: Staying Well When Your Loved One Is Depressed

(Pocket Books, 1993), Dr. Ronald M. Podell says that in a marriage, if one partner is chronically depressed, both probably will be. Researchers have found that some people are powerful mood transmitters and others are mood receivers. Mood transmitters can control the mood of a family or group of coworkers just by being in the room. Mood receivers are very susceptible to the changing moods of those around them. This subconscious interaction is most dangerous when the mood trans­mitter is exhibiting depression through constant moodiness, anger, anxiety, or sadness; he or she can then “give” a case of depression to others. Being very aware of your environment and the people you associate with can be an important part of avoiding these contagious emotions. If you are in a relationship with someone that is depressed, help them get the support they need. 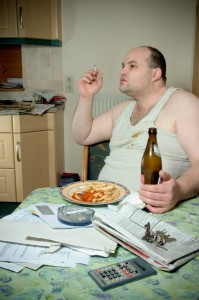 What you eat can greatly influence your brain’s function. A poor diet, especially one that contains a lot of processed/junk food and/or fast food, is a common cause of depression. A diet that is devoid of nutrient-rich foods, such as fruit, vegetables, legumes (beans, peas and lentils) and high-quality proteins (including fresh fish, chicken, turkey and lean cuts of meat) will be deficient in numerous vitamins, minerals, and/or amino acids that are necessary to maintain proper neurotransmitter balance. When neurotransmitter levels become imbalanced, depression can result.

The standard American diet is woefully deficient in several key nutrients necessary for optimal neurotransmitter function – including iron, magnesium, zinc, selenium, vitamin B6, vitamin D and vitamin C. Unfortunately, this usually creates a vicious cycle, because once depression sets in, it is unlikely that a depressed person will prepare themselves or be drawn to the healthy, nutrient-rich foods they need; instead they usually reach for more of what got them stuck in the first place – processed, nutrient-poor foods and food-like products.

The association between hypoglycemia (low blood sugar) and depression is largely ignored by most physicians—they simply never even consider it as a possibility, despite the fact that several studies have shown hypoglycemia to be very common in depressed individuals. There is no explanation for this oversight, especially since dietary therapy (usually simply eliminating refined carbohydrates from the diet) is occasionally all that is needed for effective therapy in patients that have depression due to reactive hypoglycemia. The brain runs on sugar, so a steady supply is essential for proper functioning.

In addition to glucose, the brain also requires a constant supply of other nutrients. It is a well-established fact that virtually any nutrient deficiency can result in impaired mental function. To function optimally the human brain requires virtually every known nutrient. Correcting an underlying nutritional deficiency can restore normal mental function and relieve depression. However, according to Dr. Werbach, the leading expert in the field of nutrition and mental function, “Even in the absence of laboratory validation of nutritional deficiencies, numerous studies utilizing rigorous scientific designs have demonstrated impressive benefits from nutritional supplementation.”

A high potency multi-vitamin/mineral supplement provides a good nutritional foundation upon which to build. When selecting a multiple vitamin arid mineral formula it is important to make sure that it provides the full range of vitamins and minerals at high potency levels. Deficiencies of a number of nutrients are quite common in depressed individuals. The most common deficiencies are folic acid, vitamin B12, and vitamin B6. We recommend Multigenics Intensive Care with Iron for women and Multigenics Intensive Care without Iron for men.

Cigarette smoking is a significant factor in depression. Central to the effect of nicotine is the stimulation of adrenal hormone secretion, including cortisol. Elevated cortisol levels are a well-recognized feature of depression. Cortisol up-regulates an enzyme (called tryptophan oxygenase) which breaks down an amino acid called tryptophan. Tryptophan is the direct precursor to serotonin. When activated, this enzyme results in less tryptophan being delivered to the brain, and thus, less serotonin. In addition, cortisol also down-regulates serotonin receptors in the brain, making them less sensitive to the serotonin that is available. Thus, the increase in cortisol due to smoking tobacco has several direct detrimental effects on brain chemistry that can result in depression.

Once more, smoking also leads to a relative vitamin C deficiency. This occurs because vitamin C is utilized to detoxify cigarette smoke. This is compounded by the fact that many people do not get adequate vitamin C levels from their diet. Low levels of vitamin C in the brain can result in depression and hysteria.

Alcohol is a brain depressant. It also increases adrenal hormone output (see Smoking and Depression above for more details), interferes with many brain cell processes, and disrupts normal sleep cycles. All of these things lead to imbalances in neurotransmitters, which will lead to and exacerbate depression. 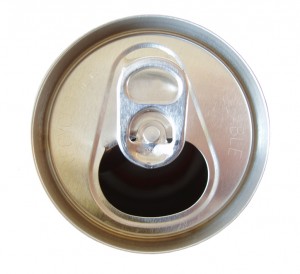 Caffeine is a stimulant. People prone to feeling depressed or anxious tend to be especially sensitive to caffeine. The term “caffeinism” is used to describe a clinical syndrome similar to generalized anxiety and panic disorders that include such symptoms as depression, nervousness, palpitations, irritability, and recurrent headache. The intake of caffeine has been positively correlated with the degree of mental illness in psychiatric patients. In other words, the more caffeine that is consumed the greater the extent of mental illness in these patients. The combination of caffeine and refined sugar seems to be even worse than either substance consumed alone. Several studies have found an association between this combination and depression. Here are some ideas on ditching soda and caffeine.