Your health care provider can rule out other conditions that may cause depression with a physical examination, personal interview, and lab tests. The health care provider can also conduct a complete health evaluation, discussing any family history of depression or other mental illness. They will evaluate your symptoms, including how long you’ve had them, when they started, and how they were treated. They will ask questions about the way you feel, including whether you have any symptoms of depression such as the following:

To be diagnosed with major depression, you must have at least five of the symptoms listed above with at least one of the first two nearly daily for at least two weeks.

Depression symptoms can last for months or years. They can cause significant personality changes and changes in work habits, making it difficult for others to have empathy for you. Some symptoms are so disabling that they interfere significantly with your ability to function. In very severe cases, people with depression may be unable to eat or even to get out of bed. In these cases, a person may need medication or to be hospitalized for a period of time to get them on the road to recovery.

In most cases, your health care provider will do a physical exam and ask for specific lab tests to make sure your depression symptoms aren’t related to a condition such as thyroid disease, anemia or cancer. If your symptoms are related to another serious illness, treating that illness may also help ease the depression.

The goal with a physical exam is usually to rule out a physical cause for depression. The physical exam will most likely focus on the nervous and hormonal systems. Your health care provider will try to identify any major health concerns that may be contributing to symptoms of clinical depression. For example, hypothyroidism, which is caused by an underactive thyroid gland, is the most common medical condition associated with depressive symptoms. Other hormone disorders associated with depression include hyperthyroidism (caused by an overactive thyroid) and Cushing’s disease (a disorder of the adrenal gland).

Additional blood tests may be ordered to check for anemia, electrolyte levels, liver function and kidney function. Because the kidneys and liver are responsible for the elimination of depression medications, impairment to either of these two organs may cause the drugs to accumulate in the body.

Other tests may include:

Corticosteroid medications such as prednisone, which people take for diseases such as rheumatoid arthritis or asthma, are also associated with depression. Other drugs, including illegal steroids and amphetamines and over-the-counter appetite suppressants, may cause depression on withdrawal. Be sure and bring a complete list of all medications, drugs and nutritional/herbal supplements you take with you to your appointment.

After discussing your mood and the way it affects your life, your provider may also ask you questions that are used specifically to screen for depression. One example of a screening test is a two-part questionnaire that has been shown to be highly reliable in identifying the likelihood of depression. When you take this test, you will be asked to answer two questions:

Your answer to the two questions will determine what your provider does next. They may ask you additional questions to help confirm a diagnosis of depression; if your answers indicate you do not have depression, your provider may review your symptoms again to continue the effort to find the cause. Studies show that these two questions, especially when used with another test as part of the assessment process, are highly effective tools for detecting most cases of depression. Other screening questionnaires are also available. It is very important for you to answer the questions honestly so your provider can make an accurate assessment of your condition.

The first line of therapy that is often initiated from a medical standpoint is antidepressant medications with or without psychotherapy. If neither of those treatments is successful, electroconvulsive therapy (ECT), also called electroshock therapy may be recommended. The major types of antidepressant medications include:

There are other antidepressants that are not members of these classes. One popular antidepressant that works on dopamine is bupropion (Wellbutrin). Bupropion tends to have similar side effects as SSRIs and SNRIs, but it is less likely to cause sexual side effects. However, it can increase a person’s risk for seizures.

Despite the popularity of SSRIs and other antidepressants, studies have shown they have numerous undesirable effects, especially in adolescents and young adults. In 2004, the Food and Drug Administration (FDA) conducted a thorough review of published and unpublished controlled clinical trials of antidepressants that involved nearly 4,400 children and adolescents. The review revealed that significantly more people taking antidepressants thought about or attempted suicide (although no suicides occurred), compared to those receiving placebos.

This information prompted the FDA, in 2005, to adopt a “black box” warning label on all antidepressant medications to alert the public about the potential increased risk of suicidal thinking or attempts in children and adolescents taking antidepressants. In 2007, the FDA proposed that makers of all antidepressant medications extend the warning to include young adults up through age 24. A “black box” warning is the most serious type of warning on prescription drug labeling.

The warning emphasizes that patients of all ages taking antidepressants should be closely monitored, especially during the initial weeks of treatment. Possible side effects to look for are worsening depression, suicidal thinking or behavior, or any unusual changes in behavior such as sleeplessness, agitation, or withdrawal from normal social situations. The warnings add that families and caregivers should also be told of the need for close monitoring and report any changes to their doctor.

Also, the FDA issued a warning that combining an SSRI or SNRI antidepressant with one of the commonly-used “triptan” medications for migraine headache could cause a life-threatening “serotonin syndrome,” marked by agitation, hallucinations, elevated body temperature, and rapid changes in blood pressure. Although most dramatic in the case of the MAOIs, newer antidepressants may also be associated with potentially dangerous interactions with other medications.

Antidepressant medications do not address the underlying cause of the problem, which is improper neurotransmitter function; they are simply masking the problem short term and therefore provide only short term relief for a small number of people. Research shows that antidepressant medications are more effective than placebo (i.e., taking a sugar pill) in only 6-13% of people that take them. Said differently, this means that between 87-94% of people taking these drugs have no greater relief of depression symptoms than those people that take a placebo. 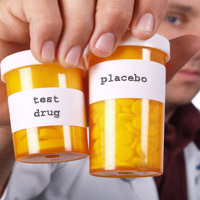 However, 100% of the people taking these drugs are exposed to drug side effects. Once more, over time taking these drugs can actually make the underlying problem worse by causing further neurotransmitter depletion, which means more depression and other related symptoms. 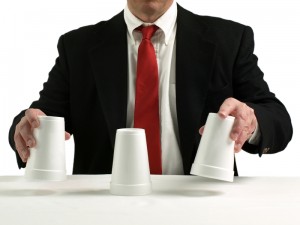 First, the body, being duped into thinking there is more neurotransmitter than there actually is, will increase the degradation (destruction) of more neurotransmitters, which will cause further depletion over time. This is often what happens when medications ‘stop working’; at this point, there is not enough neurotransmitter left for the drug to shuffle around and the person is left more depleted than when they started. (Unfortunately, at this point, a person is usually prescribed more of a given mediation or another medication to try and help them feel better, which continues to make the underlying problem worse.)

The second detrimental effect has to do with actual damage to the post-synaptic neuron and/or it’s receptors due to the drug; this damage may be permanent (called neurotoxicity). However, there is a solution. Even though the underlying neuronal damage is not known to be reversible, long-term correction is possible with continued, life-long use of amino acid therapy to make up for the underlying damage.

The key is to determine each person’s exact needs in regards to amino acids and other nutrients to optimize their neurotransmitter status. Once we satisfy those needs, over 98% of our clients have a complete resolution of their depression. 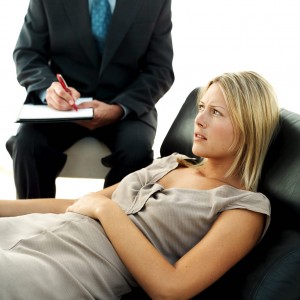 Several types of psychotherapy—or “talk therapy”— have been shown to help people with depression.

Psychotherapy can be especially beneficial once a person’s neurotransmitter levels have been rebalanced, as they are then often in a position to take an objective look at their life. In addition, research has shown that continued psychotherapy is also effective at reducing the chances of depression recurring in the future.